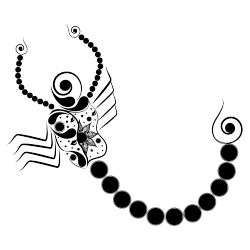 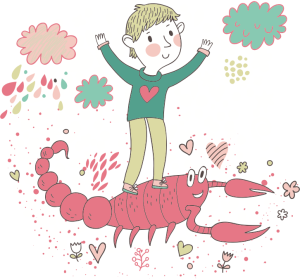 Deep down, this child is pretty fixated and extreme and can develop very intense feelings, emotions, and passions, even if this is not immediately apparent. He is not a negative person, quite the opposite. He is very helpful, courageous and always acts honorably.

Even as an infant, he is already very powerful, robust and has a high vitality. He is bigger than other children and incredibly fit; even when he gets tired, he does not want to admit it, and is always willing to continue. This child has a tremendous urge to move, loves nature and playing outside. The little child is also quite thick-headed and will form strong opinions early on which he will not budge from. In these situations, it will not be easy to deal with him. In your parenting, show a clear strength and determination, but do not be too dominant or authoritarian, as you will only encounter resistance.

In kindergarten and at school, he sometimes looks a little lost and alone in dealing with other children. He is capable of making friends and building lasting connections but he is usually too involved with his own thoughts to care about others. Usually this child is satisfied with himself and his own fantasies and inventions. As a parent, you will sometimes be amazed when you do not hear a single peep from his room for hours. Then he is completely immersed in his creative works; maybe he’s also sitting over a drawing because he is very imaginative. Also the young child can be very very focused for a long time on one single thing. He loves to play card games or chess and is a born tinkerer. In school this gift benefits him; professionally, he will presumably pursue a career in the scientific direction or specialize at a technical level.

This child is very intuitive, sensitive, and is very finely tuned to the emotions and moods of others. He is always there when someone needs help – both for the family and friends, but also for the weaker who are in need.

The growing child likes to deal with the mysterious, perhaps forbidden – black magic, sorcery, witches and medieval ages. Sometimes he dresses all in black or in some very noticeable way. He may also listen to dark and mysterious music. It is not that he is sad or depressed – he just loves the mystical. He is attracted and fascinated by the unknown. Since he enjoys his extreme passions, it can happen that he falls into excess through drugs and alcohol as well as sexual escapades.

As a Scorpio, this child will experience his first relationships full of passion and devotion. Sexuality fascinates him at an early age, so you should take time to talk about contraception early on. In a serious relationship, he is very jealous. Since he has difficulty articulating his own emotions, it will be difficult for him to sustain relationships permanently, even if his love is serious and genuine. Most preferably, he is in relationships where eroticism, sexuality, but also friendship are connected.

If this child is disappointed or deceived by someone, he can be very vindictive and resentful. Deep down, your son has the impression of being somewhat in the shadow of life; this has nothing to do with you as parents and his upbringing. He is certainly born into a family in which a firm structure has already existed. If this is the case, he will always have the feeling that he doesn’t belong because the other members have already formed a solid network – even if he is spoiled and pampered.

It is a bit difficult for you as a parent to find the right path for your child during his upbringing. You should treat him firmly but lovingly and show him again and again through your deeds that he belongs. At heart, he wants to behave righteously and honorably. He is an honest person, but precisely these people are in danger of injustice and oppression.