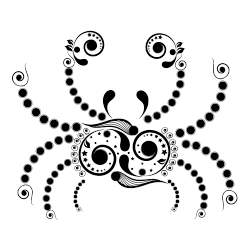 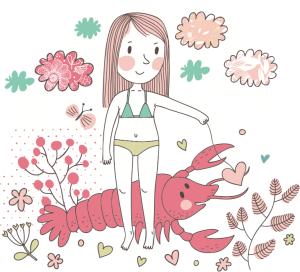 This child is experienced by his environment as sensitive, emotional, and dreamy – a child who lives more in his inner world than in the outer reality. This emphasis of emotions, vulnerability and introversion causes other people to interact more distantly with him since emotions which are so openly visible make many people insecure. However, it may also happen that older children or adults take on a guardian or parent role with him.

Even as a baby and toddler, this child does not want to leave the mother’s side – he always snuggles and wants to be cuddled and touched. This can sometimes push you to the limits as you can barely leave him alone for a few minutes.

Your child is often sensitive and cries even after small mishaps. He is afraid of going to the pediatrician and is distraught if he gets hurt. He then needs the consolation and protection of his parents more than ever before. He thinks and acts with the same sensitivity towards himself and others. He is quick to become offended even when his friends or parents try to use well intended criticism. On the other hand, he always has an open ear for others. Due to his empathetic nature, he is entrusted with the worries and needs of others. He is also very sensitive to the mood of those around him.

This child has learned by observing that you, as his parents, reward and encourage childish and needy behavior. Thus, he likes to use this behavior to achieve his goals – but can easily fall into dependence of
seemingly “stronger” individuals.