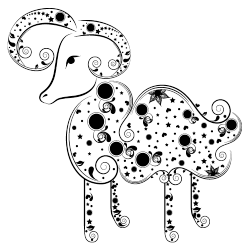 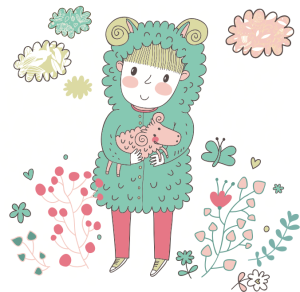 In his heart, this child has a conquering and pioneering mentality, even if this is not always immediately apparent. He shows a rather aggressive and assertive core and there is not much that he fears. He wants to test and explore his own limits. He will not like to hear from his parents that he is “still too small” or the he “just can’t do that yet”. He will react to such statements by trying to prove exactly the opposite.

This child will move through the first years of his life without thinking about his actions too much. Whether it be going down a hill on a bike that is too big for him or climbing the apple tree that only the fire department can help him get down from, he will not show many signs of fear. He will also be ready to try new things immediately and without hesitation. Occasionally, little Aries will literally run his head through the wall. Logical or factual arguments will fall on deaf ears with him. You as a parent should know this: your child wants and needs to learn his own lessons, even if it hurts occasionally.

Still, these qualities have positive sides – he can be incredibly convincing and for this reason, he will most likely be the leader of his clique. His energy flow never seems to wear down and he is always full of courage and ready for action. The young Aries has the ability to take on a leadership position early on if he learns a bit of restraint. He can achieve more if he approaches things a little more strategically. Also, he has to learn to complete projects and plans. He can be easily distracted by new and more “interesting” things.

This child is very a self-determined and dominant person. It can be difficult for him to make lasting connections with other children as he is mostly concerned with his own ideas and games. It may happen that playmates are pushed aside roughly or that he steps on someone else’s freshly built sandcastle in order for him to have space for his own. He does not really mean to hurt or plot against anyone. He simply wants to realize his own plans.

Even as a small child, he is always “on the go” and if you are not careful, you may lose sight of him in the supermarket or on the playground within seconds. He is a little early bird and does not want to miss anything that happens until well into the evening. The limitless energy of your child can be processed through sports and exercise. However, as a parent, care should be taken to ensure that your child is given adequate rest and relaxation, as this may result in concentration problems or hyperactive behavior.

The little Aries must learn to display a little more consideration, especially towards weaker individuals. Even in conflict situations, he must learn to control his tongue. He can be very hurtful towards others especially when he is wrapped up in one of his fits of madness. It is true that one should have the right to express their own opinion but he needs to find a way to do it with tact. A strong, reliable father, who interacts lovingly with his family without being “unmanly” is important for him; through him, he can learn that one can achieve many things through social and well-adjusted behavior.