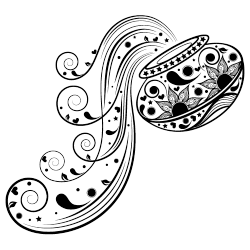 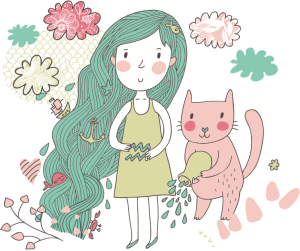 These children are quite self-sufficient and independent from a very early age on. Once they are older (about four to seven years old), they will not want excessive or exaggerated help from theirs parents. They will instead want to be self-sufficient and gather their own experiences. As a parent, you may have the feeling that you do not have your child under control and that, through his very independent actions, he will often have you holding your breath. However, you will soon come to realize that your child can take care of and assert himself very well and without much trouble.

Little Aquarius is known as a whirlwind – he whirls around everywhere, absorbs new information like a sponge and holds on to it immediately. Even as a child, he learns incredibly fast – once he has observed something, he easily retains it and adds it to his wealth of knowledge. This child will be able to crawl early along with being able to sit and feed himself with a spoon. Technical games inspire him. His fast comprehension and ability to make logical associations will benefit the young Aquarius. In school, he will shine in subjects such as mathematics, physics or chemistry.

Young child likes to pursue innovative, often social initiatives that serve the welfare of others – he acts as a “reformer” – rebellious and free from conventional restraints. He loves to bring in new ways of thinking into a situation and to discuss these topics with others, sometimes even with provocative arguments. Ultimately, he wants to avoid conflict. He is mostly interested in the principle of a topic or discussion. He is often ahead of his time with his way of thinking.

This will be especially clear once again during puberty – but this will also be a clear trait when he begins his professional life. It will be very important for him to find a way to apply these traits in a positive sense or else he can expect to have friction with his superiors, for example, during his apprenticeship or training.

However, he can also be quite impatient. He wants everything to move fast to the point where he sometimes loses interest because things are taking too long or his co-workers are not exactly the quick thinkers that he is. Make sure that your child has a regular bedtime and that you encourage him to take a nap in the middle of the day for as long as he is able to. He will have a hard time “powering down” and coming to full rest. This can lead to him becoming restless and even more permanently lead to irritability and aggression.

Sometimes, especially during puberty, your child may come off as cool and rejecting. This is due to his great independence as is not really the way he is on the inside. He is very warm-hearted and in need of love and is looking for security but does not show this in order to preserve his freedom and independence. He will always have many friends around, loves to play with others, have conversations and will be very popular.

Above all, the young Aquarius does not want to define himself by a relationship for this would give him the feeling of stagnation and dependency. He places more focus on enjoying life and love. He will continue to do this until he sees that he can not truly find security in a relationship with this way of thinking and acting.

This child loves his freedom and is not interested in adapting to specific behavioral and lifestyle rules, even if this is not always immediately apparent. He will begin to build his own identity early on and will demonstrate this accordingly. Conservative and more past-oriented people are often overwhelmed by his independence and the disarmed openness of him. You as a parent will have to free yourself of conventional predetermined patterns of behavior – and if you cannot, then your child will eventually teach you!